Firstnet Solutions, based at the Leeds colo, has closed down

A hardware reseller and services company in Leeds UK has folded, leading to reports of trouble at the data center on the same site, which have been denied by the owner.

Firstnet Solutions, a hardware sales and services company founded in 2011, has gone into liquidation, citing “hardware supply costs, cash flow pressures and an underlying lack of a commercial leadership to support the business”. 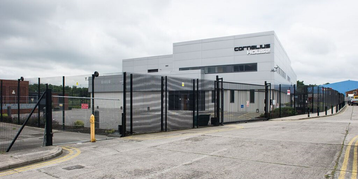 Firstnet Group was created from the 2017 merger of Firstnet and Select Data Centres, which built and owned Cornelius House, a high-quality data center in a former gold bullion store in Leeds..

According to Colo-X, Cornelius House was originally used to store gold bullion, and became a data center in the late 90s during the dot-com boom. After changing hands serveral times, it was rebuilt in 2008 and leased to a “large global telecoms service provider” with a ”major public sector contract” (believed to be with the NHS).

Colo-X reported “the ethos and standard of the resulting data center was high, with n+1 redundancy and concurrent maintainability across all key systems.” The 11,000 square foot (1,000 sq m) facility has nine on-site carriers, and Colo-X reports that it has scope for a further 250 racks on the first floor.