Floating data center could be solution to land-scarce Singapore

Comms conglomerate Keppel is in talks to float a data center off the coast of the land-scarce island of Singapore. 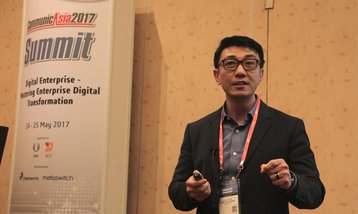 The floating data center would be constructed from modules of 10 megawatts each and assembled into a flotilla, or "park," Keppel Data Centres CEO Wong Wai Meng told Singapore broadcaster Channel News Asia in an interview.

Modules would be prefabricated onshore and plugged into the floating structure. Water cooling would be an option, according to reports.

Wong said the technology came from collaboration across the entire Keppel Group. Collaborators included its offshore Marine Division and Keppel Infrastructure. Nautilus, however, tested a waterborne data center prototype in 2015.

The floating centers would be powered by liquid natural gas (LNG), which would also be delivered from a floating module. About 95 percent of Singapore’s electricity is generated with natural gas, with most piped from neighboring Malaysia and Indonesia. Singapore has invested heavily in its own LNG infrastructure, however.

Wong said the floating data center would be cheaper than one based on land. "We [don’t] have the final figure [yet]. But the range that we are seeing in cost advantage is anywhere from 20 to 30 to 50 percent. That's the target we set for ourselves," he said.