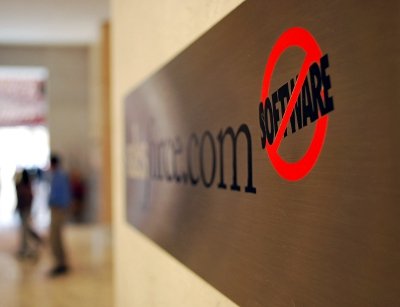 Kundra is best known for spearheading the US government’s ongoing IT infrastructure reform, which includes massive government-wide data center consolidation and transition to a “cloud-first” policy – an entirely new way for federal agencies to approach procurement of IT services.

His new role at Salesforce.com is executive VP of emerging markets. Commenting on the appointment, he said, “Salesforce.com is an industry disruptor, helping organizations use the transformative power of technology for change.

“I am excited to join the most innovative company in the world that is pioneering social, mobile and open cloud computing technologies for the enterprise.”`

Salesforce.com chairman and CEO Marc Benioff said Kundra was “an amazing technology visionary who opened the eyes of millions to the transformational power of cloud computing. His disruptive leadership is just what the industry needs to accelerate the social enterprise.”

Salesforce.com is famous for its Customer Relations Management applications served as a service; however, the company is also focused on social networking for enterprises. Its social application is Chatter, a real-time collaboration software, also served in the cloud.

Before he joined president Barack Obama’s administration in March 2009, Kundra served as CTO for the District of Columbia and as assistant secretary of commerce and technology for the Commonwealth of Virginia.

He announced his plans to leave the White House in June 2011, saying then that he was moving on to a fellowship at Harvard University.

Today, agencies across the federal government are continuing to work toward the goal of a streamlined IT infrastructure through consolidation, resource sharing and cloud computing.

About one month before he left his former post, Kundra admitted that meaningful change in the way the government did IT was difficult to enact because of a number of systemic issues. At the root of most of them was the way funds for IT were appropriated.

“The biggest problem is how we fund (federal IT projects),” he said at a meeting of the President’s Council of Advisors on Science and Technology. “If we don’t solve that, none of the other stuff matters, because in appropriations language agencies are forbidden from sharing money across the board.”

Before he left, Kundra put together a 25-point implementation plan for government IT reform, which the government continues to follow.

The White House replaced Kundra with Steven VanRoekel, a former Microsoft executive and managing director at the Federal Communications Commission.