Following in the footsteps of Amsterdam

Frankfurt has proposed a development plan intended to ensure that data centers can grow, without consuming too many resources in the city.

With data centers taking up 64 hectares (640,000 sqm) in Frankfurt, a local magistrate's report on the city's website has proposed that they should be built taller, to take up less space, and also to share their waste heat, to address their energy consumption. 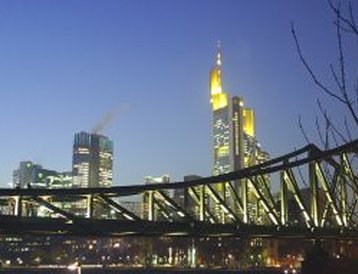 Frankfurt is one of the four largest data center hubs in Europe (the FLAP markets are Frankfurt, London, Amsterdam, and Paris) and the city's proposals have similarities to those adopted by Amsterdam, after a one-year moratorium on new data center building. Both cities have said they want to strike a balance between gaining the economic benefits of a thriving data center industry, while ensuring that it does not consume too much space or resources.

"Frankfurt is the hub of the data center industry in Germany, partly because of the demand for fast data from Frankfurt's strong financial industry, and partly because it is home to one of the largest internet exchange points in the world: around a thousand international networks converge at DE-CIX," point out Anna-Lena Kempf and Lara-Christina Willems of law firm Pinsent Masons in an article.

The region has more than 60 colocation sites, and the city authorities are aware of many more to come. According to the Frankfurt city site: "The magistrate is aware of several projects in different planning and development stages for the next few years with a total area of ​​another approx. 27 hectares, which are focused on the previous clusters (e.g. Friesstrasse, Wilhelm-Fay-Strasse, Weismüllerstrasse) but also on new focal points such as the Neckermann area or in other industrial areas."

The municipality notes that increased digitization during the Covid-19 pandemic has accelerated the growth of data centers with new clusters springing up around the city. The need to process data locally for privacy has also boosted the sector.

Data centers are expected to grow taller in future, and they will increasingly be in new buildings, not conversions. "While in the 1990s the industry mainly settled in existing buildings - especially office and logistics buildings - buildings specialized for the respective use were soon being built," says the magistrate. "The 30 to 40 m high functional architecture resulting from economic efficiency and certification requirements does not sufficiently take the urban planning component into account."

The magistrate notes that new data centers need a lot of electrical power, usually more than 10MW of connected load, and sometimes more than 100MW. "Such a connection load cannot be implemented everywhere in the city. Among other things, special substations for the systems are financed and built by the operators."

But data centers consuming this much power puts the city in danger of missing its climate goals, so the magistrate asks the industry to find ways to save energy, suggesting that waste heat reuse could offset the power demands somewhat.

"The resulting waste heat has so far been emitted without further use," says the magistrate, but warns that the customers for this waste heat are not yet clear, and the temperature level of 30°C to 40°C is too low for district heating networks. In Scandinavia, data center waste heat can be boosted with electric heat pumps. but "due to the high energy prices in Germany," this is not economical in Frankfurt. "Accordingly, possibilities are being investigated to be able to use the waste heat at previous locations as well as at future locations."