Gammon Construction, the joint venture between infrastructure giant Balfour Beatty and British conglomerate Jardine Matheson, has been contracted by Global Switch to build a data center in Singapore.

The SD$253 million (US$189m) project will see Gammon build a six-story facility with ten data halls in the northern region of the island.

Due to launch later this year, the data center will offer 25,000 square meters (270,000 sq ft) of technical space, supported by 30MVA of utility power. Aiming for a LEED Gold rating and a Platinum BCA Green Mark, it has a design PUE of 1.38. 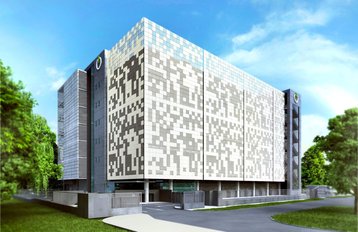 The Singapore Woodlands data center will be the first building on the island to adopt prefabricated mechanical, electrical and plumbing (MEP) modular techniques on a large scale, Gammon claimed. The company is assembling over 60 percent of the MEP elements off-site, and over 70 percent of the facility’s structure was precast.

At its peak, 700 people will be employed in the site’s construction.

“This project which will increase our portfolio of significant projects in Singapore, is another opportunity to showcase our expertise in modern construction techniques and delivery,” Thomas Ho, Gammon’s chief executive, said.

“Gammon’s continued successful delivery of projects in Singapore enhances our customers’ confidence in our expertise.”

The company’s second data center in Singapore, the Woodlands site was originally given planning permission in 2011, and was expected to open in 2013.