The real number could be a lot higher

Over the past decade, Amazon received at least $4.7 billion in state and federal government subsidies around the world to support its build out of data centers, warehouses, offices, call centers, and film production projects.

A new report by watchdog group Good Jobs First and labor federation UNI Global Union collated data from public records, investor reports, company statements, and government marketing materials. But, it noted that “due to poor disclosure practices in most countries, the costs of such deals are hidden: the total is undoubtedly significantly higher.”

Of the known subsidies $4.1 billion was for projects in the US, where disclosure is better than some places - but still not perfect, with the subsidies for at least nine projects unknown and many states not disclosing utility-tax exemptions for Amazon Web Services data centers.

The report also found 407 facilities in 13 countries where evidence exists that Amazon was subsidized with public monies, but the amount is not known - and therefore not included in the $4.7bn tally. 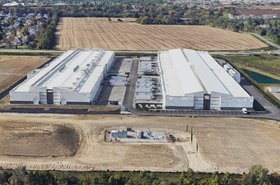 "We especially urge all nations, including the United States, to disclose subsidies given to data centers (including energy discounts and utility tax exemptions), which are the most opaque," the report states.

Unmentioned in the report is that AWS often uses the subsidy-funded facilities to pursue government contracts, securing huge deals to provide lucrative cloud services from data centers part-funded by those governments.

Christy Hoffman, general secretary of UNI Global Union, said: “Amazon is one of the richest and fastest-growing companies in the world. It racked up $44 billion in European sales in 2020 but paid no corporate taxes—all while snooping on workers and dragging down labor conditions. It shouldn’t receive a penny from taxpayers.”

Amazon said that the report was "intentionally misleading," and came "from a self-interested organization," but did not dispute the facts shown in the report. "We created more than 300,000 jobs globally last year, and over the last decade we’ve contributed over $1 trillion to the economy in the US alone," a spokesperson said.