Suit alleges Anexio kept GoDaddy's money after it got evicted

The lawsuit (pdf) claims that in 2019, GoDaddy paid Anexio $1.9 million upfront for services to be delivered from rented data center space in El Segundo, Los Angeles. According to GoDaddy, Anexio was evicted in June, and failed to return the remainder of GoDaddy's fee - a claimed $1.1 million - despite initially promising to accept it as a credit against services from a different data center in Virginia. GoDaddy says it has since moved out of Anexio's Virginia site, and is now paying the owner of the LA data center directly. The building's owner appears to be Digital Realty.

DCD has asked for more details from Anexio and GoDaddy. 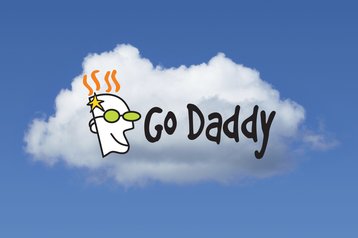 Anexio offers infrastructure as a service (IaaS - described as "on-demand data center services") from rented space owned by wholesale providers. In the years to 2017, it acquired other companies including Net Data Centers (formerly Net2EZ), giving it space in more than 13 data centers. The resources page of its website currently holds only one data sheet for a data center in Ashburn Virginia, though separately, a data sheet from January 2019 lists eight sites, including the one GoDaddy claims Anexio was later evicted from.

According to GoDaddy's suit, the two companies had a master services agreement (MSA) signed in 2016, under which Anexio gave GoDaddy a ten percent discount for paying in advance for services during 2018, and again in 2019. GoDaddy paid $1,899,713 for services to run from 1 March to 31 December 2019, but around June 20, 2019, Anexio “was evicted from the LA Data Center and ceased to provide plaintiff with services." This left a credit balance of $1,139,827.80 (not including interest), according to GoDaddy.

The suit goes on to claim that Anexio accepted liability, and offered to apply this credit balance to services GoDaddy was receiving from a data center in Ashburn. It then reneged on this agreement, according to GoDaddy, with the result that GoDaddy moved out of the Ashburn data center in July 2020 and is now suing Anexio.

The data center tenancies involved appear to be ones that Anexio bought from Net Data Centers: it bought some of Net's assets in 2015, and the remainder of the company in 2017. Various sites give Anexio's El Segundo data center's address as 2260 East El Segundo Boulevard, a Digital Realty data center (while its East Coast locations included Dupont Fabros data centers, which were acquired by Digital Realty in 2017).

Reselling services in rented data center space is a market where margins are tight. Net (formerly Net2EZ) found this in 2015, when it was apparently paying "above market rate" for data center space from Dupont Fabros, paid as a share of the revenues it got from its customers. Anexio signed a new deal with Dupont (which presumably Digital inherited) paying around half that rate. Anexio exists by buying wholesale and reselling retail, and customers like GoDaddy have other options: in this case this included renting space directly from Anexio's former landlord.

We hope to find more details on this story, and welcome contacts from anyone involved.