Companies awarded Nimbus contract ahead of Micosoft & Oracle, who both file appeals

The services will be offered out of data centers built in Israel. Microsoft, Oracle, and IBM also competed for the Nimbus project. 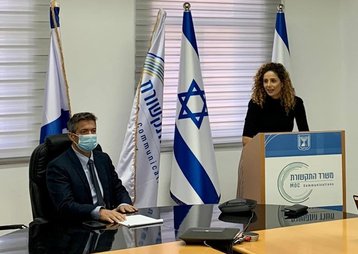 The Israel Finance Ministry’s Government Procurement Administration announced in 2019 that it was preparing a tender “for the provision of public-platform-based cloud services to the government ministries and additional governmental units.”

Government ministries and other public entities will shift to AWS and Google Cloud. A separate Nimbus tender won by KPMG will set out a government strategy to move operations to the cloud, while another tender will focus on providing technical help in implementing the move. A yet-to-be-published tender will provide optimization services for use of the cloud.

“AWS and Google – the Rolls-Royce and the Masarati of the cloud world!” said Shahar Bracha, Acting CEO of Government ICT Authority, Government CIO, Prime Minister’s Office. “Two of the world's leading cloud companies will build a cloud center in Israel (Data Center) and provide services to the Israeli government, the public sector, the IDF, and other bodies.”

Amazon is thought to be building three data centers in Israel, while Google is set to spend hundreds of millions to set up a cloud region in the country, as well as $400m on the Blue-Raman cable connecting India, Israel, and Italy.

Oracle recently opened an Israeli cloud region in Jerusalem, while Microsoft is also currently building one. But the Azure facility was recently delayed to 2022, which is thought to have contributed to Microsoft losing the contract.

Both Microsoft and Oracle are appealing the contract award.