Bringing Google's total investment in the Netherlands to $2.8 billion since 2016

Google will invest $1.1 billion in further expanding its data center capacity in the Netherlands.

That expansion, which comes on top of the extension that was already announced last year, will cost €500 million ($569m). 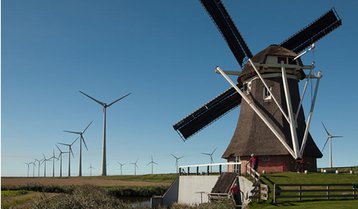 Last year, Construction Global reported that Google bought 7.5 million sq ft of land outside of Amsterdam, which it can now be assumed is for the Agriport data center. The tech giant has been buying up land in Denmark, Luxembourg and Sweden.

Once the expansion and Agriport data center are completed, Google’s total investment in data centers in the Netherlands since 2016 comes to $2.8 billion.

On a call with reporters transcribed by Dutch IT Channel, Joe Kava, Google's VP of global data centers, said: "The Netherlands is a digital leader. In addition, the Netherlands has an excellent digital infrastructure, sufficient renewable energy sources and qualified personnel. Equally important is the support of the local community. We are grateful for the support we receive from both the municipalities of Het Hogeland and Hollands Kroon. All these factors together make it attractive for us to further expand our presence in the Netherlands.”

Eric Wiebes, Dutch Minister of economic affairs and climate policy, said “Google is purchasing 100 percent renewable energy for these data centers." It is unclear whether that means Google has entered into a new PPA in the region or is buying renewable energy directly.

The construction phase across both projects will require an average of 1,000 people. Once finished, Eemshaven will employ 350 people and Agriport will employ 125 people.