The cable, which will connect the US with Chile, is the first submarine link to connect the two countries in the last 20 years.

The traffic must flow 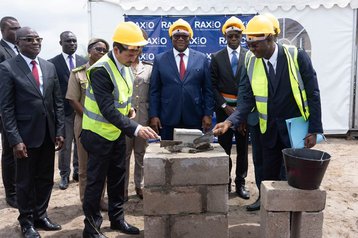 After leaving Valparaiso on the Chilean coast, the cable will cross more than 10,000 km before it reaches Equinix's LA facility.

According to TE Subcom, the company which will deploy and maintain the cable system, Curie was designed to enable a potential branching connection to Panama.

TE Subcom is a submarine cable manufacturing and installation company that has worked with Facebook, Google, and other major names in infrastructure.

It says that the combined length of all the cables it has laid is long enough to circle the world 17 times.

Google operates a data center in Quilicura, Chile, 120km away from Valparaiso where the Curie cable will begin its journey. The company recently announced it will invest $140m to triple the size of the site - its only data center location in Latin America - to 120,000 square feet.

Equinix participates in more than 25 submarine cable projects; the colocation company's LA4 data center in El Segundo, California, is already connected to Japan as well as other AWS and Google Cloud locations.

Submarine cables are a key component of the Internet and essential to global connectivity, as 99 percent of intercontinental traffic relies on submarine routes, with less than one percent of the remaining traffic carried through satellite systems.

Jim Poole, VP of Business Development at Equinix, said: "With the significant increase in global data traffic, we see corporations running global businesses demanding access to high-capacity, low-latency networks capable of connecting them to data centers across oceans with stringent levels of reliability. Any user of a subsea cable system that lands inside one of our Equinix global data center termination points has instant, low-latency access to a host of vibrant industry ecosystems inside Equinix, and that's a huge advantage."