Google Cloud Platform will soon launch a new availability region in the Swiss city of Zurich.

In a blog post announcing the new data centers, Urs Hölzle, the company’s SVP of technical infrastructure, explained that the investment will allow local enterprises “to build highly available, performant applications” thanks to “lower latency for their cloud-based workloads and data.” 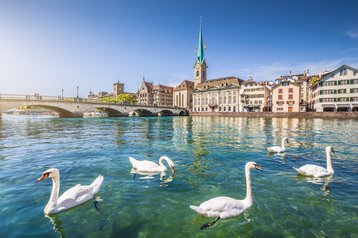 Due to come online early next year, the three geographically distinct facilities will constitute Google’s 20th region worldwide and its sixth European location, following the Netherlands, Belgium, Germany and the UK, and a planned region in Finland.

Last year, the company brought its London region online, and in March it opened its third Dutch data center.

Google also acquired land in both Denmark and Sweden as potential data center sites, and was in talks with the Luxembourg government about building a €1bn data center there - although the company has not publically announced plans to follow through on any of these locations yet.

Zurich is also the location of the company’s largest engineering office outside the US, and the European quarters of its machine learning research group, Google Research.

Yesterday, ahead of its Google I/O conference, the company announced that it would be rebranding the division and merging it with all of its artificial intelligence research projects under a new name: Google AI.

In a blog post announcing the change, the new division’s head of communications, Christian Howard, said: “The Google AI channels will continue to showcase the breadth of Google research, innovation and publications, in addition to a lot more new and exciting content to come.”