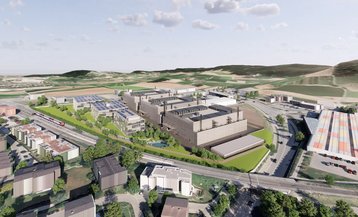 Green says the Metro Campus will be important for its commitment to creating sustainable data centers. Through the use of air flow simulations, cooling systems, and waste heat recovery, the company says that energy consumption can be kept to a minimum whether the data center is used at partial or full capacity and will include connection to a district heating/cooling system that can be used by every building in the municipality.

Other data center firms have been looking at using excess heat for more sustainable purposes. Dutch firm Switch Datacenter recently announced it would be supplying waste heat from its facility outside Amsterdam to warm local homes and businesses at a discounted price.

Last year the EU Commission warned that data centers and telecoms are responsible for a significant environmental footprint, and “can and should become climate neutral by 2030.”