German hosting and cloud firm Hetzner has expanded its Finnish data center campus and broken ground on further buildings on the site.

The company completed a new building at the Tuusula campus, north of Helsinki, in July and another building is due to be operational by early 2022.

Hetzner said groundwork for two further buildings has been completed and the first unit is scheduled to come online in Q1 2023. 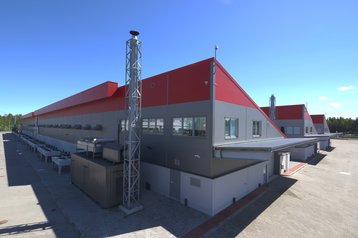 "The events from last year accelerated our growth, and as a result, we almost doubled our headcount. We will be able to recruit new employees as soon as the new data centers become operational,” said Hetzner’s People Operations Manager Riikka Huhtaniitty. “We estimate that we will double our headcount over the next few years. As the number of servers grows, the need for talented new team members will also increase, especially for IT technicians who will ensure that our machines remain operational around the clock."

The company currently plans to develop 10 buildings on the campus, but said it could develop as many as 20 data centers on its 150,000 square meter (1.6 million sq ft) site.

Hetzner Online was established in 1997 as a privately owned web hosting company. It currently owns and operates two data center campuses in Germany: in Nuremberg and Falkenstein, and opened the Finnish campus in 2018.

The company recently took space in a US colo facility in order to open a US cloud region.

Earlier this year DCD reported that Hetzner was aiming to purchase 50 hectares of agricultural land next to the Scheupeleinsmühle industrial park in the Bavarian city of Gunzenhausen in southern Germany, in order to build a solar park and data center.