Engineers from both companies are already cooperating 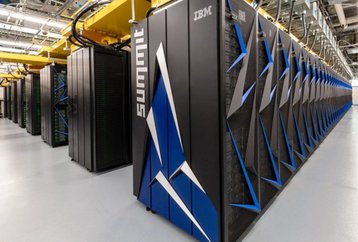 The partnership also focuses on AI accelerators for HPCs

Security and AI in the cloud

Dario Gil, director of IBM Research, said: "The commitment of AMD to technological innovation aligns with our mission to develop and accelerate the adoption of the hybrid cloud to help connect, secure and power our digital world. IBM is focused on giving our clients choice, agility, and security in our Hybrid Cloud offerings through advanced research, development, and scaling of new technologies."

Mark Papermaster, executive VP, and CTO, AMD, said: "This agreement between AMD and IBM aligns well with our long-standing commitment to collaborating with leaders in the industry. AMD is excited to extend our work with IBM on AI, accelerating data center workloads, and improving security across the Cloud."

AMD and IBM researchers are already cooperating following the signing of the JDA.

In July, AMD and Google Cloud launched Confidential VMs for the Google Compute Engine powered by 2nd Gen AMD Epyc processors..In October, AMD acquired semiconductor company Xilinx in a $35bn deal which is expected to close by the end of 2021. Xilinx’s field-programmable gate arrays (FPGAs), consist of logic blocks that can be configured by the customer on the spot to accelerate specific workloads. The chips have proved popular in the automotive, aerospace, and military sectors, as well as 5G networking and data centers.

That same month IBM said it was splitting its IT services business. Currently unnamed, the company will begin life with around $19bn in revenue. The rest of IBM will continue as a business focusing on cloud IT (including Hybrid Cloud), based around OpenShift, part of the Red Hat business that IBM acquired for $34bn in 2019.