We marvel at the name

IBM Security has formed ’X-Force Red’, a group of hundreds of security professionals and ethical hackers who discover vulnerabilities in computer networks, hardware, and software applications for businesses.

The team will also look at human security vulnerabilities, exploring areas such as social engineering and ransomware. 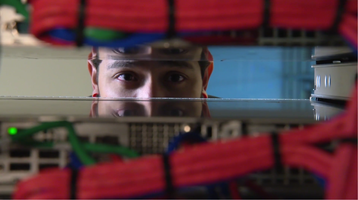 Led by Charles Henderson, X-Force Red is based around the world, including in the United States, the United Kingdom, Australia and Japan. The group shares security intelligence with IBM X-Force Research, the IBM X-Force Exchange threat sharing platform, and IBM Security AppScan.

“Having a machine scan your servers and source code is a great step to help prevent data breaches, but the human element of security testing cannot be overlooked,” Charles Henderson said.

“Elite human testers can learn how an environment works and create unique attacks using techniques even more sophisticated than what the criminals have. IBM X-Force Red gives organizations the freedom to stay agile without creating blind spots in their security posture.”

The team offers three versions of its service - individual projects, subscription-based testing, and managed testing programs - each of which comes with vulnerability analytics that are designed to improve security testing programs.