Big Blue targets the AI market, finds friends at Google and the Department of Energy

IBM has revealed the first device to use its new Power9 processor, the AC922 Power Systems server, designed for compute-heavy artificial intelligence workloads.

IBM claims that, as the first system to embed PCIe 4.0, Nvidia NVLink and OpenCAPI, the AC922 enables data to move 9.5 times faster than on PCIe 3.0 based x86 systems. 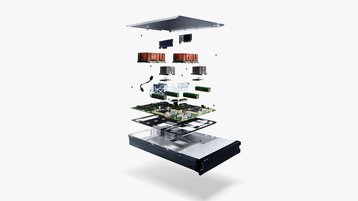 The system was designed with popular AI frameworks such as Chainer, TensorFlow and Caffe, and accelerated databases such as Kinetica in mind, IBM said.

“In addition to arming the world’s most powerful supercomputers, IBM Power9 Systems is designed to enable enterprises around the world to scale unprecedented insights, driving scientific discovery enabling transformational business outcomes across every industry.”

Bart Sano, VP of Google Platforms, added: “Google is excited about IBM’s progress in the development of the latest Power technology. The Power9 OpenCAPI Bus and large memory capabilities allow for further opportunities for innovation in Google data centers.”

Power9 is also set to be found in the US Department of Energy’s “Summit” and “Sierra” supercomputers, as part of the CORAL project - with Summit likely to become the world’s most powerful supercomputer when it launches next year. 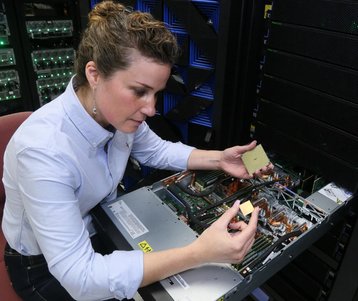 Chiras added that IBM is looking to take the innovations developed for HPC systems and translate those into products for the wider market: “It’s about bringing the innovations in technology from CORAL and making it easy to consume for enterprises for these AI workloads.

“I think the focus and the technology that’s delivered for this HPC space translates very well over into the AI space.”

IBM radically changed its tactics with Power8 in 2014 - when it made its designs available for licensing from the OpenPower Foundation.

“With Power8, we announced we would change our business for the value proposition we wanted to bring to the market,” Chiras said. “Like anything, it’s a journey, but we’ve made huge progress here.

“We clearly went after a full focused effort on Linux, changing how we do things in an open way, around OpenPower, our CAPI technology, and recognizing that Moore’s Law is dead - really focusing on system-level value for the clients, rather than just processor-level value.”