IBM plans to spread its cloud computing load across multiple data centers in Brazil, by building a "multizone" region there.

With just one data center in São Paulo, Brazil, it has promised it will extend that next year to a multizone region, where customers who put servers in one of its data centers have them replicated automatically across numerous other data centers in the same region. 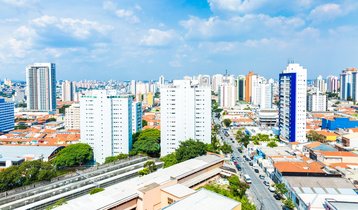 South American companies still ran 80 percent of their mission-critical systems outside of the cloud, IBM said in a press release.

It did not say whether it planned to build more data centers in Brazil to populate its multizone region. It has six MZRs elsewhere in the world, each operating across three IBM data centers - in the US (Dallas and Washington), Europe (London and Frankfurt), Japan and Australia.

Its South American multizone region would be a hybrid, it said, mixing its own computer resources with those of its customers and other service providers.

"The cloud market is being redefined as hybrid," said Ana Paula Assis, General Manager of IBM Latin America, in a press release.

The multizone - an IBM phrase for a computing grid that abstracts multiple data centers into a single, virtual service - would provide failover backup systems for disaster recovery and would balance its customers' computing loads across data centers. The São Paulo MZR would use three independent availability zones, said the the IBM statement – each with its own cooling, networking and power.