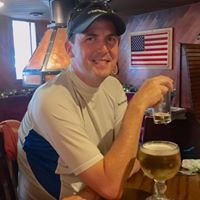 "We look forward to benefiting from his knowledge and industry affiliations," said Magnuson in a press statement.

He credited Sheputis with helping establish Silicon Valley's wholesale data center industry. The veteran had been president of Infomart Data Centers, after Fortune merged with it in 2014.

Sheputis, a graduate of computer engineering and business, founded and managed other Silicon Valley ventures, including Totality, Solidcore, and BeVocal.

"My experience building IT infrastructure firms will complement GI Partners focus on data driven infrastructure and businesses,” said Sheputis in the press statement.

GI said in January it had 33 sites in its technology real estate portfolio, with a total 8.3m sq ft (7.7m sq m). It had raised $17bn in funds since it was founded in 2001, with investments in healthcare, transport and Californian vineyards as well as technology campuses. In May, famous investment fund Blackstone added an undisclosed minority stake in GI to its $470bn asset portfolio, for an undisclosed sum.

The San Francisco-based investor's past investments in data infrastructure include Digital Realty, the world's largest wholesale data center company, and Flexential, a mid-sized operator of 40 centers.