Internet Thailand (INET) has announced plans to build a third data center to cater to its growing cloud business. The new data center will be the company’s largest to date, and will be ready in 2016, according to a report on The Nation.

“The cloud can help businesses speed up their operations and become more competitive, while reducing costs. Our customers are in sectors such as insurance, agriculture, banking, real estate, and hospitals,” said INET managing director Morragot Kulatumyotin. 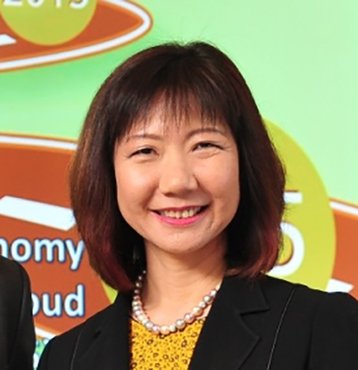 “This year, we aim to grow by around 30 per cent from 2014, which saw revenue of Bt520 million,” said Morragot. “The new data center will be our largest and will increase INET’s [business] over the next three years,” she said.

INET’s business is divided into two major groups, namely Internet access and business solutions, including cloud services, software services and operating a credit card gateway. According to the company, the number of VMware licenses peg it at 30 percent of the cloud market in Thailand, and ranks it in the top three in Southeast Asia.

As we reported last year, Thailand’s data center industry has been growing steadily in recent years, fuelled in part by the widespread availability of smartphones, skyrocketing social media use, and an increasing dependency on cloud services.

Things appear to be less rosy this year, however, due in part to reports of plans by the country’s military government to set up a single Internet gateway. The  single gateway is intended to make it easier for the country to monitor and block content, in view of growing online criticisms and news that is critical of the ruling junta.

While details are not available at this stage, forcing Internet traffic to go through a single gateway would be disastrous from a reliability point of view, creating a single point of failure, alongside fears of censorship.

Communications providers are likely to start avoiding Thailand, and its dreams of being an IT hub in the region will suffer a catastrophic blow.

According to a report on Channel News Asia, tens of thousands of people have signed a petition against the proposal, which has been dubbed the “Great Firewall of Thailand” – a play on China’s own draconian Internet censorship. For now, an update on this is expected within a week.