While Baidu expands its artificial intelligence efforts, despite the loss of a crucial executive

The Artificial Intelligence Products Group (AIPG) will be led by Naveen Rao, who previously designed chips for Sun Microsystems.

“The new organization will align resources from across the company to include engineering, labs, software and more as we build on our current leading AI portfolio: the Intel Nervana platform, a full-stack of hardware and software AI offerings that our customers are looking for from us,” Rao said in a blog post.

He added: “In addition, we will be creating an applied AI research lab dedicated to pushing the forefronts of computing. We will be exploring novel architectural and algorithmic approaches to inform future generations of AI.

“This includes a range of solutions from the data center to edge devices, and from training to inference – all designed to enable Intel and its customers to innovate faster. This will be the home for AI innovation at Intel.”

The creation of the AI group comes after Intel announced in November that it would integrate technology developed by Nervana into its own products.

In the first half of this year, it will test Nervana’s ‘Lake Crest’ chips, and make them available to some customers later in 2017. Then, at an unspecified date, it will release ‘Knights Crest,’ a mix of Intel’s Xeon processor tech and Nervana’s designs.

At the time, Diane Bryant, EVP and GM of Intel’s Data Center Group, said: “We expect the Intel Nervana platform to produce breakthrough performance and dramatic reductions in the time to train complex neural networks.

“Before the end of the decade, Intel will deliver a 100-fold increase in performance that will turbocharge the pace of innovation in the emerging deep learning space.” 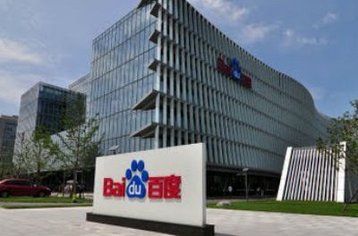 Elsewhere in the AI world, Chinese search engine giant Baidu has announced plans to double its AI R&D presence in the US.

The company will open its second research facility in Silicon Valley, with a capacity for 150 staff.

The expansion plans were made public after Baidu’s head of AI Andrew Ng said he would leave the company in April.

Ng was poached by Baidu in 2014 after working at Google, where he founded the Google Brain project, and led its growth in Silicon Valley as Baidu Research’s chief scientist. The Coursera co-founder doesn’t plan to join another technology company, but wants to work on AI in the fields of healthcare and education.

“It’s all very amicable,” Ng told Bloomberg. “I’m very confident the team will thrive. In China Baidu is so far ahead and AI is not easy.”

With Ng leaving, the head of Baidu’s Institute of Deep Learning, Yuanqing Lin, will run the company’s research labs in the US and China, while machine translation expert Wang Haifeng will head Baidu’s AI Group.