Currently, the product is only available to select customers; Japanese tech giant Fujitsu is planning to become one of the first vendors to deliver a system based on the new chipset. 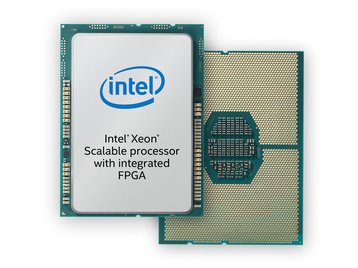 The company claims that UPI allows for coherent and direct access to data stored in the processor or FPGA caches, or in main memory.

“This solution is also compatible with the Open Virtual Switch (OVS) framework and delivers a dramatic 3.2x throughput improvement at half the latency and 2x more VMs as compared to OVS running on an equivalent processor without FPGA acceleration,” Jennifer Huffstetler, VP of Intel’s data center group, said in a blog post.

Microsoft has emerged as one of the largest users of Intel’s FPGAs to date - earlier this month, the company previewed ‘Project Brainwave,’ an Azure service that relies on Intel’s Stratix 10 FPGAs.

But Intel, which acquired FPGA-maker Altera for $16.7 billion in 2015, faces renewed competition from Xilinx, the original creator of this class of devices. The company’s new CEO, Victor Peng, hopes to make data centers his company’s main focus, telling DCD: “The data center will be our largest area for growth, and we will make it out highest priority.”