Some retailers in the UK were also impacted, with customers unable to buy products or fill up their cars with gas. 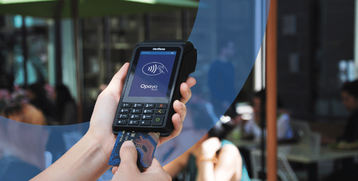 “There was an eight-hour outage of one of the largest payment service providers, Opayo, formerly Elavon and SagePay," Vincent Jennings, CEO of the Convenience Stores and Newsagents Association (CSNA), told the Irish Independent.

“I’ve asked the Central Bank to assure me that they are seeking a report and to confirm they are aware the Opayo system went down at the same time throughout the UK.”

Opayo said that it had "encountered an issue," but did not disclose the cause of the outage. The Banking and Payments Federation Ireland (BPFI) said that "members are investigating whether there is an issue and the impact of same."

Opayo previously had an outage on June 17, 2021, which impacted customers around the world, including easyJet, Krispy Kreme, Europcar, Office Shoes, and Murco Petroleum.