JGA-S submarine cable to land at Queensland this weekend

The Japan-Guam-Australia South (JGA-S) submarine cable is scheduled to land at Queensland, Australia as early as this weekend. 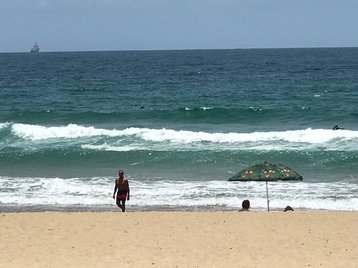 To Guam and beyond

Stretching 7,000 kilometers from Australia to Guam, the JGA-S terminates at the coastal town of Maroochydore in Queensland as well as Sydney in New South Wales further south. At Guam, it will interconnect with a northern segment called the Japan-Guam-Australia North (JGA-N) stretching another 2,600 kilometers from Guam to Japan.

The full JGA network has a design capacity of more than 36 terabits per second (Tbps) and is expected to be operational by mid-2020.

The SEA-US also lands at Guam, while construction of the 48Tbps Hong Kong-Guam (HK-G) subsea cable is also expected to be completed by end of next year. This means that Australia will expect to benefit from international connectivity to both the US and the eastern seaboard to Asia.

JGA-S is expected to offer Australia’s fastest data and telecommunications transmission speeds from to Asia and the second fastest to the US. Moreover, JGA-S will also provide the fastest international connection point from Queensland and east Australia.

According to Minister for State Development Cameron Dick, an independent assessment commissioned by Sunshine Coast Council found the project could lead to an estimated 864 new jobs in the Sunshine Coast region and could generate AU$927 million (US$637M) for Queensland’s economy.

For now, the cable landing station at Maroochydore is already completed and has space to house 24 racks and four submarine cables.

“We will have an extraordinary capacity to accommodate fast, reliable transfer of data across the world,” said Sunshine Coast Mayor Mark Jamieson. “In the future, the Sunshine Coast will be at the top of the list when companies needing big data consider where to set-up in Queensland and Australia.”