Jio in talks to supply global telcos with its 5G kit

Reliance Jio is in talks with global operators over supplying its locally-developed 5G kit outside of India.

According to the Economic Times, Jio is in talks with some international carriers to supply its 5G stack. The Indian carrier has developed its own 5G hardware and software solution, which includes a 5G radio, a 5G core network, and cloud-native operation support system (OSS) platforms. 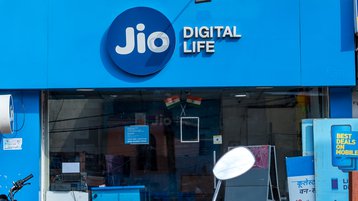 “We are in serious discussions with some global operators,” said an executive with knowledge of the matter to the ET.

The source adds that Jio's 5G stack is already being successfully used at its Jio Campus, plus other Reliance Industries offices. Jio is planning to utilize this end-to-end solution in rolling out its 5G network in India.

Jio has lofty ambitions with its 5G roll-out, with the operator confirming it will invest $25 billion to deploy its Standalone 5G network across the country by the end of 2023. The operator wants to provide its 5G service to more than 1,000 cities across the country, according to its chairman Mukesh Ambani.

The company's commercial roll-out of 5g services in India will be supported by kit from Ericsson, Nokia, and Samsung, as well as its own solution, confirms the executive.

Unlike other operators in India, Jio is the only operator that is deploying its 5G networks out on a Standalone (SA) mode, with rival operators such as Bharti Airtel opting for Non-Standalone (NSA), which makes use of existing 4G infrastructure such as mid-band spectrum, (1,800MHz and 2,100MHz), while the 3,300MHz spectrum enables for 5G speeds.

The Indian government recently announced its intentions to restrict the role foreign telcos play in building the country's 4G and 5G networks.

Only Indian telecoms vendors will be allowed to work on state-owned telco's BSNL and MTNL's 4G and 5G projects, as the country wants to reduce dependence on international providers.

Non-state-owned providers including Reliance and Bharti Airtel face restrictions around using Huawei and ZTE hardware in their networks; the Chinese vendors were not included in 5G trials last year. Cisco has previously said it was removing Chinese hardware from its networks in India.

Reliance Jio's parent company Reliance Industries is also looking to develop networking equipment in the country and has signed a joint venture with Sanmina in an attempt to create a high-tech manufacturing hub in the country, in line with Modi's "Make in India" vision.

Reliance Industries has detailed plans for a subsidiary to produce 5G, cloud, and data center equipment at Sanmina's 100-acre facility in Chennai.

The company says that the JV will "prioritize high-technology infrastructure hardware", which includes 5G, cloud, and hyperscale data centers.