Juniper puts its kit to the test in Amsterdam 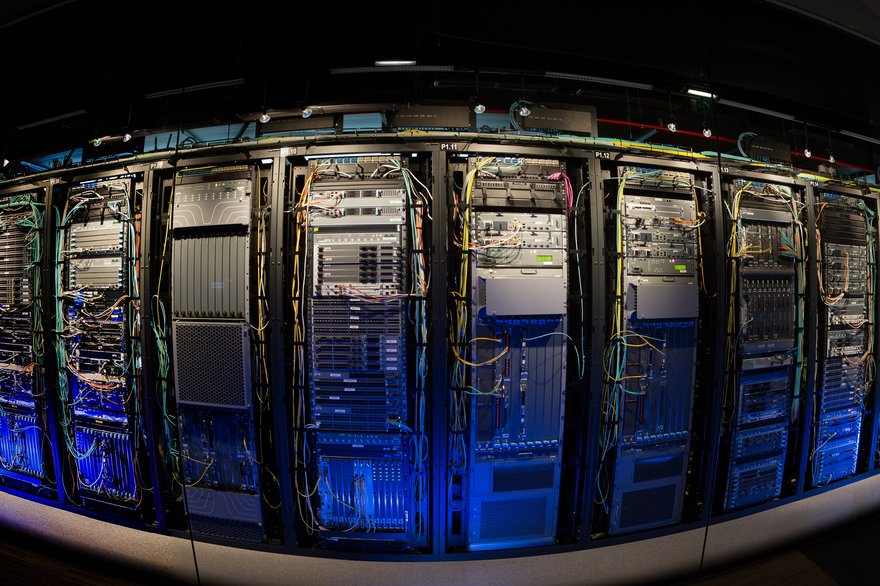 Last week, DatacenterDynamics had a chance to visit Juniper Networks’ Proof of Concept laboratory near Amsterdam.

This particular lab does not develop hardware or software: instead, it hosts 80 racks of IT equipment from Juniper and other major OEMs. On display, we find everything from the M40 (see photo above) – the very first router to be released by Juniper way back in 1998 - to the latest and greatest in 100 Gigabit Ethernet kit.

The facility was designed to help customers make better-informed buying decisions – here, they can test the equipment in real-world scenarios, inspect compatibility and evaluate level of performance.

Juniper’s European PoC lab is located in the Schiphol-Rijk industrial park, just a few minutes from the airport, next door to the regional offices of McAfee and NetApp and data centers run by Interoute and Interxion.

The company operates a similar facility at its global headquarters in Sunnyvale, California, although the American version is much larger, featuring about 200 racks.

The lab in Amsterdam is staffed with dedicated engineers and lab technicians, and equipped to host up to five different customers simultaneously. The networking kit is also accessible remotely.

The lab is set up to mimic long-distance links through hundreds of kilometers of fiber cable – not buried in the ground, but stored in large spools inside the racks (see above). It is also capable of simulating equipment failures, and testing interoperability with older Juniper and third-party solutions – including so much historic hardware it could be called a museum of networking.

Juniper says the facility supported more than $65 million worth in sales opportunities in the first quarter of 2015.

“You can do ‘death by PowerPoint’ until the customer is lying on the floor, but in the end, what they want to be able to do is touch it, and even more importantly, see if they can break it. If they understand the weaknesses as well as the strengths, then they feel a lot comfortable about the solution they are going to put in place.”