Data center optical transceiver manufacturer Kaiam has launched a strategic transceiver reserve program “to protect US and European data centers from the effects of the incipient US-China trade war.”

As tensions rise between the two largest economies on the planet, and tariffs are ratcheted up, businesses are increasingly preparing for the potential disruptions to the global economy. 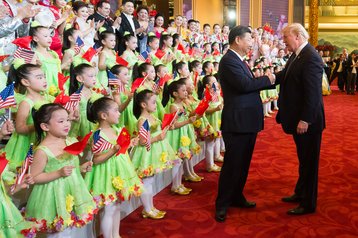 “We sometimes forget that the optical components that power cloud companies like Google, Facebook, Amazon, and others are virtually all made in China and are thus susceptible to trade tensions. As patriots, we believe a transceiver reserve is necessary for our domestic security.”

Earlier this month, the United States and China each imposed $34 billion in import tariffs on each other. The US is also threatening to place 10 percent tariffs on an extra $200 billion worth of Chinese imports - including optical transceivers.

With Kaiam’s transceivers manufactured in the West, it hopes to take advantage of any price changes in Chinese-made equipment, stockpiling transceivers in case of sudden market shifts.

Already, politics has impacted the industry, with analysts at LightCounting expecting sales of optical transceivers during this quarter to hit a three-year low, primarily due to the US government’s ban on American technology sales to ZTE.

The Department of Commerce has lifted the ban, but much of the damage has already been done, and the company’s future remains uncertain.

“We aim to serve the Asian market, with a similar local source, through our partnership with Broadex,” Kaiam’s CEO and president Bardia Pezeshki said. “This dual strategy eliminates any potential supply issues on both sides of the globe.”

China, meanwhile, has already made plans to reduce its dependence on US suppliers across a broad set of optical technologies. In December 2017, China’s Ministry of Industry and Information Technology (MIIT) released a five-year plan to catalyze market progress in Chinese component suppliers.

Cignal AI, which translated the 63 page document (paywall), described the goals and objectives outlined in the plan as “exceptionally ambitious” and noted that it “should concern incumbent component vendors.

“If executed, this plan will greatly increase the level of competition in an already fractured industry. It will also reduce or in some cases eliminate access for western component vendors to the largest market for optical communications components in the world - China.”