But Russian forces are digging in for a lengthy defense

As Ukrainian forces advance on Kherson, the city has been without Internet connectivity since October 22nd.

It is not known if the outage is intentional, or the result of accidental damage to telecoms infrastructure. 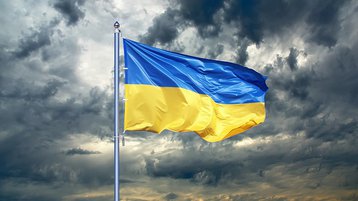 – Just Clicks With A Camera

The eastern region of Ukraine was seized by Russian forces at the start of May, with the Internet collapsing under targeted attacks on physical infrastructure.

Since then, the city has been under the control of Russian forces, who are believed to have subjected citizens to war crimes, and plundered much of its assets.

Now, as Ukrainian forces advance along the Dnipro River, Russia appears to be preparing to defend the only provincial capital its forces have captured in the war.

After initial reports suggested Russia was planning a hasty withdrawal, Ukraine's spy chief said that they now believe that was intentional misinformation aimed at drawing Ukrainian forces into defended territory.

Concerns are also rising that Russia may blow up a large hydroelectric dam at Nova Kakhovka, putting nearby civilians at risk, causing power outages, and cutting off a crossing point into Crimea.