The new facility, located in the capital’s southwestern ward of Guro, is the company’s 14th data center. The facility can accommodate 335 racks.

Rather than own and operate its own facility, the telco is leasing the facility from local colo provider Dreammark One in order to respond to increased customer demand.

“There was a limit to respond to the explosive data center demand, leading to the use of the data center in Guro,” a KT official said. 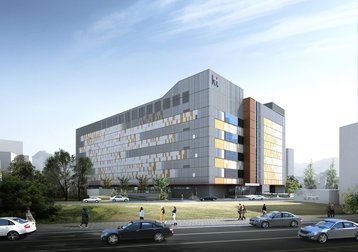 The company opened its 13th facility, known as KT DX IDC Yongsan, in Seoul last year. The seven-story building has six underground floors that have a total space of 48,000 sq m (516,600 sq ft).

In its first-quarter earnings, the company said sales from its artificial intelligence and digital transformation business, which includes its data center service, rose 7.5 percent on-year to 134.5 billion won (US$119 million).

“With the opening of the center in Yongsan, we’ve begun to see a good performance in the first quarter,” KT Chief Financial Officer Young-jin Kim said in a recent earnings call.

South Korea is seeing a growth in activity around telcos and data centers of late. Last week LG Uplus announced plans for a $268 million data center, while IT firm Lotte Data Communication has completed work on a new data center in the city of Yongin.

Earlier this month SK Telecom announced a restructuring to split the company in two but retain its data center business, and Sejong Telecom sold a data center and landing station to Stonepeak-backed Digital Edge.