Campus expected to be ready for operations in summer 2023 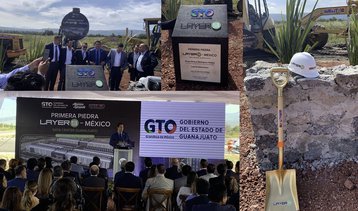 In a LinkedIn post this week, the company said: “A proud day here at Layer 9 Data Centers! We officially broke ground on our new 96MW data center campus in the state of Guanajuato, Mexico. Many thanks to Governor Diego Sinhue Rodríguez Vallejo and the government of Guanajuato, Gobierno del Estado de Guanajuato, RIC Energy, Amistad Industrial Developers, and the countless others who have made this day a reality and success.”

The post doesn’t explicitly state that the campus is that of Project Falcon, a 64MW data center campus currently in progress in the Baijo Region that was announced in June of this year, though it seems likely that it is.

Layer 9 data centers, founded in 2020, also announced in June that the company had completed a Series A investment round. In May the company raised ~$7 million, and in January secured a Power Purchase Agreement for access to 100MW of power.

Project Falcon is expected to be ready for deployment in the late summer of 2023, and will consist of two buildings, each with 32MW of data center capacity. Further details about the project have not yet been released.