Leap second set to be killed off before 2035

Unless the ITU blocks the move

Governments around the world have agreed to put an end to leap seconds, which are added to coordinated universal time (UTC) to keep it aligned with astronomical time (UT1).

27 such leap seconds have been added since the practice began, each time causing outages and data losses in the data center sector due to the complexity of adding time across distributed systems. 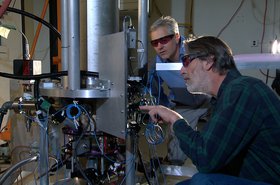 Hyperscalers want to end the leap second, as things start to turn negative

The decision was made at the General Conference on Weights and Measures (CGPM), with representatives from Canada, the United States, and France voting in favor of ending the leap second by 2035.

Russia voted against the decision, as it incorporates leap seconds into its GLONASS satellite-navigation system (unlike GPS, and other such systems).

The country may need to install new satellites and ground stations, while astronomers that use UT1 for telescope alignment will also need to update their systems or adjust accordingly.

Complicating matters further is the International Telecommunications Union (ITU), which turned over the leap second decision to the CGPM, but technically is in control of UTC. It could decide to delay the switch.

The change - which was heavily lobbied for by Meta, Amazon, and Google - comes as the Earth's rotation has stopped slowing, and is now speeding up for reasons unknown.

That could lead to the very first 'negative leap second,' which would likely cause a number of outages.

The Earth's spin is unpredictable, but if the current rate of change between UTC and UT1 continues, then a negative leap second is expected to be required by 2030 - potentially before the leap second is phased out.