The Liguria Digitale data center, located in Genoa, Italy, has been inaugurated after two years of renovations.

The data center hosts the servers that hold the entirety of the Ligurian public administration’s data, and after €3 million ($2.96 million) of investment, it has undergone renovations over the past two years. 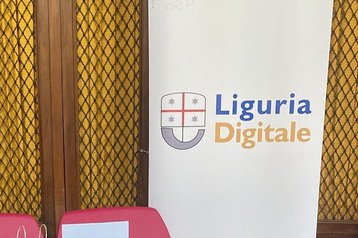 Enrico Castanini, sole director of Liguria Digitale, said: “This is one of the best data centers in Italy. When AGID (Italian Digital Agency) did the census it divided them [data centers] into large categories and we, to be in the highest category, made an investment of €3 million and we have become one of the largest and most modern companies in Italy.

“We are the only ones in the region belonging to the A category; the others are in group B and in the event of attacks they converge on national clouds. We have a physical space of 2,000 square meters and generators on the roof that allow electricity to be infinite; here there are more than 4,000 servers and more than 2 million emails pass through each month. 35,000 users are enabled and among these, we find the major local public administrations such as the region, the municipality of Genoa, the Metropolitan City, the port, and the Asl 3 and 4 (the sanitary system of the Ligurian region), without forgetting that it is an important node for many others.”

The security at the Liguria Digitale data center has also been improved with the assistance of its Security Operation Center which, thanks to the latest generation technologies, is able to intercept and isolate attacks from all over the world. According to the company, 170 attacks, one million unsecured connections, 1.6 million malicious emails, and about 500 security incidents were successfully managed by technicians in the last year.

Ilaria Cavo, regional councilor for culture said at the inauguration: “It is essential to understand data traffic and how valuable all this is. It is necessary to keep everything safe and I thank everyone for what they do.

“100 kilometers of fiber optic cables is a lot, and we need to go on like this. It is necessary to bring young people closer to these issues and soon there will be an ITS course dedicated to cybersecurity; certain study paths are important and it is essential to have qualified personnel to carry on the knowledge needed by companies and the public administration."

Liguria Digitale announced at the inauguration that the company would be partnering with Leonardo Lab in order to provide training in the cybersecurity field for both private and public market.