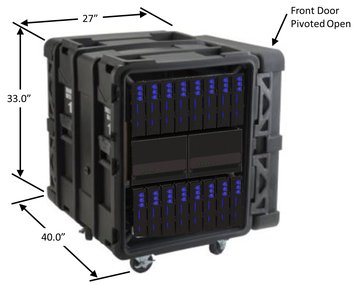 Where do you want it?

“Sending data to the cloud for processing and bouncing information back to the local device is slow and unproductive,” said Herb Zien, CEO, LiquidCool Solutions. “The LCS Edge, which does not require air conditioning and literally can be located anywhere, provides an efficient, cost effective interface between the Internet of Things and the Cloud.”

The module gives all the operational and environmental benefits of liquid cooling, but is cheaper than comparable air-cooled servers and, as an appliance, it can be set up simply, the release says: ”add power and fiber, attach the radiator, and turn it on.”

The sealed unit isolates the electronics so the unit can operate in harsh environments, where there might be sand, dust, factory waste or pollution in the air.

There are nine standard configurations of LCS Edge, and the appliance can be further customized for different processor, memory, storage and I/O requirements.

Liquid cooling uses a fluid to cool systems, instead of a flow of air. This enables IT equipment to be operated at a higher density, which has led to its use in high performance computing. Immersion cooling in particular submerges the whole IT rack, or parts of it in coolant. 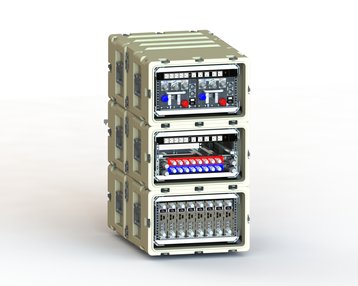 Liquid at the edge

LiquidCool has been in operation for some years, and offers immersion cooling for high density IT components. The system places each server blade in a sealed module, and circulates coolant fluid through the module. It has similarities to the UK’s Iceotope, but circulates the coolant outside the blade, instead of using a secondary water circuit.