PEERING connects about 150 networks through its Internet exchanges (IXs) in Berlin, Dusseldorf, Frankfurt, Hamburg and Munich. It maintains 30 points of presence (PoPs) in Germany, with links from one to 100 gigabit per second. 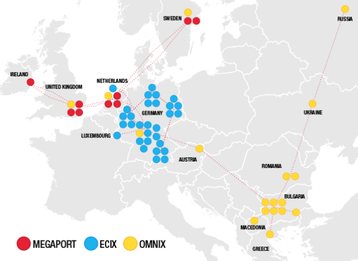 Megaport has 57 interconnect locations in Europe after the deal – Megaport

The Australian company has in the past few months been investing heavily in the European networking market.

In January 2016 it agreed a deal to become the exclusive global partner of Amsterdam-based peering exchange AMS-IX.

The company’s Elastic Interconnection Fabric product is available from nine sites spread across Europe, including London, Dublin, Stockholm, and Amsterdam. Four additional sites are anticipated before the end of the year.

The purchases extend Megaport’s European network of interconnects to cover 13 countries and 19 cities, with 48 new locations. It now operates a total of 57 locations on the continent.

“Europe represents a tremendous opportunity for Megaport and our acquisition of PEERING GmbH gives us depth within Germany, one of the largest economies in Europe where cloud services are forecast to grow significantly,” said Denver Maddux, Megaport’s chief executive.

“OM-NIX has extensive reach into Eastern Europe and the Balkans region and, combining these acquisitions with the original Megaport build footprint, we now have extraordinary opportunity to extend our Elastic Interconnection across Europe.”

Maddux said the company hopes to fund further expansion in Europe, Asia and North America with its successful private placement of shares, which has raised an additional $17.85 million. These funds will also pay for staff, marketing costs and general working capital. 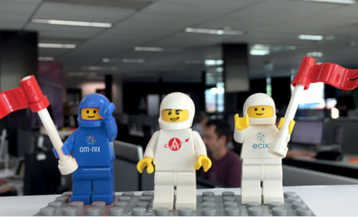 Maddux was appointed by the company in October 2014 to oversee the network provider’s expansion into new markets. He joined from Microsoft, where he was senior director of global network services.

This follows a AUD$9.9 million loss for the six months ending December 2015, with the figures blamed on the impact of the company’s global expansion.