Meta plans to deploy a new network timing protocol, Precision Time Protocol (PTP), to keep every server in its data centers on the same time.

The company said that it had successfully piloted PTP at some facilities, and was now extending it across all of its data centers. 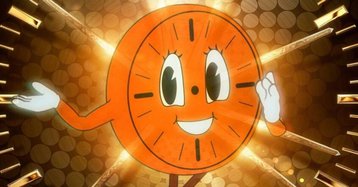 PTP was actually first deployed in 2002 as a way to synchronize the clocks on a computer.

A Stratum network computer holds the current time and sends a time reference to any other computer on a network that asks what time it is, via a network data packet.

But that, historically, has not worked over larger distances, as latency impacted the speed at which systems could be informed of the time.

What Meta has done is to measure that latency and compensate for it - a complex task given that there is no global clock for the two communicating systems to measure the latency with.

PTP is already pushed by the telecom industry as networks transition to 5G connectivity, as its added precision and accuracy is necessary for higher bandwith 5G.

Meta's PTP will still aim to sync data centers to UTC - which itself is going through a change. Governments around the world last week agreed to kill off the leap second, something Meta has long pushed for.