This latest two-building expansion will add around 2 million square feet to the campus and bring the company’s total capital investment in the Eagle Mountain project to $1.5 billion, according to the company. 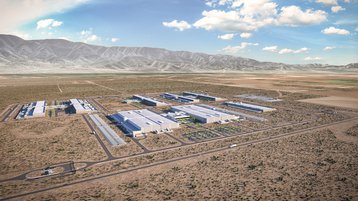 “We are thrilled to announce that we're growing our presence in Utah with a new expansion of our Eagle Mountain Data Center,” the company posted on Facebook over the weekend.

“Meta’s decision to expand the Eagle Mountain Data Center shows its commitment to this community. Eagle Mountain has experienced an enormous benefit in so many areas resulting from Meta’s presence in our community. We are confident that this expansion will help lead to more positive outcomes for Eagle Mountain and Utah County,” said Tom Westmoreland, Mayor of Eagle Mountain.

However, after local and government resistance in the Netherlands, Meta has dropped plans to build a large data center in Zeewolde.