Exploring a sale, but nothing is guaranteed

The owners of Mexican data center operator Kio Networks are reportedly seeking to sell the company for up to $1bn, assuming its chances aren’t dampened by its poor bond rating.

According to a source obtained by Bloomberg, three years after the sale of its fiber optic assets to American Tower Corp for $500m, the company’s backer Tresalia Capital has taken on an adviser to identify prospective buyers. We have contacted Kio for comment, and will update this story if we hear more. 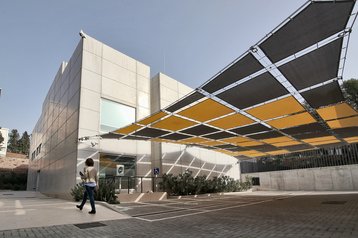 Up in the air

However, the operator, which was the first in Latin America to receive sustainable certifications for its data centers, could see its value dampened by a B2 rating from Moody’s Investors Service, which deemed its bonds to be “speculative and of high credit risk.”

This is partly attributed to the company’s poor cash flow, “exposure” to the Mexican government, and large contracts, Moody's said.

Founded by Sergio Rosengaus and backed by venture capital company Tresalia, which is part of billionaire María Asunción Aramburuzabala Larregui’s family empire, Kio operates a total of 40 data centers - including 29 on-campus and 11 edge sites. The facilities are located in Mexico's capital, in the states of Nuevo León and Querétaro as well as in technology parks in Guatemala, Panama, the Dominican Republic, and Spain.