Microsoft, GitHub, the Linux Foundation and Accenture, among others, have launched a body to build "green software" - code which is designed to waste less energy and produce less emissions.

The Green Software Foundation promisees to agree standards and best practices for green software, to nurture its creation through open source, and support academic research into the area, as well as fostering a community of green software champions. 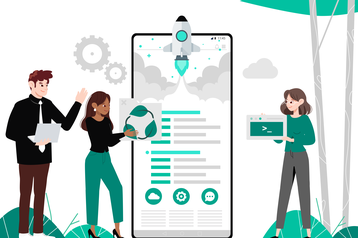 The energy use of data centers and IT hardware is well known, so efforts to reduce the environmental footprint of the tech industry have tended to focus on making data centers which cool more efficiently, and chips which use less energy.

The Green Software Foundation was announced at Microsoft's annual Build developers' conference this week and will be administered by open source body, the Linux Foundation. It aims to bring software into line by encouraging developers to write leaner and more efficient code so fewer processor cycles will be wasted - helping the industry meet its goal to cut greenhouse gas emissions by 45 percent by 2030, in line with the Paris Climate Agreement.

The group plans to publish green standards, and push for voluntary adoption of those practices, as well as pushing for government policies that promote them. As the field is somewhat undeveloped, the foundation plans to support academic research, and grow advocacy for improvements.

“We envision a future where carbon-free software is standard—where software development, deployment, and use contribute to the global climate solution without every developer having to be an expert," said Erica Brescia, chief operating officer, GitHub.

"Today, Microsoft is joining with organizations who are serious about an environmentally sustainable future to drive adoption of green software development to help our customers and partners around the world reduce their carbon footprint," said Brad Smith, president at Microsoft.

"Accenture is proud to be a founding member of the Green Software Foundation and we look forward to collaborating with other organizations to evolve the culture of software engineering so sustainability is embedded by design, contributing to a meaningful reduction in the carbon emissions of computing and making a positive impact on the environment,” said Paul Daugherty, chief technology officer at Accenture.

Other members include Goldman Sachs, Leaders for Climate Action, Watt Time, and The Green Web Foundation.

It's not the first time the idea has been tried, but previous efforts seem abortive. In 2014 software analysis firm Cast Software put out a Green IT Index, which would use Cast's analysis tools to grade how energy-efficient programs were.

And back in 2012, Amsterdam-based Software Improvement Group (SIG), launched a Software Energy Footprint Lab, which aimed to look at how better code could reduce energy use in tech.

DCD has reached out to both organizations to find out how their ideas fared, and if there were ever any subsequent developments.