As hyperscalers brace for a global economic slowdown

The world's largest cloud and compute companies have announced plans to cut jobs or reduce hiring amid global economic uncertainty.

Microsoft has begun laying off less than one percent of its 180,000-person workforce, across different departments and seniority levels. Meta/Facebook has asked line managers to submit the names of poor performers to help it cut staff numbers. Google has told employees to cut back on hiring. 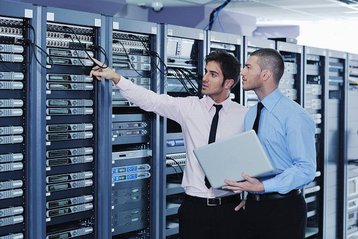 Microsoft claimed it wasn't making the move due to the economy, and told Bloomberg that it still planned to grow headcount overall in the year ahead. In May, the company slowed hiring in the Windows and Office groups.

The company has also focused on retaining talent, also in May saying it would nearly double its budget for salary increases and boost stock grants to keep its best performers.

Meta, which has seen its valuation more than halve since September highs, was the most aggressive. "If a direct report is coasting or a low performer, they are not who we need; they are failing this company," Meta's VP of Remote Presence and Engineering Maher Saba said in a memo seen by The Information. "As a manager, you cannot allow someone to be net neutral or negative for Meta."

Last month, the company cut its engineering hiring plans for the year by 30 percent. "Part of my hope by raising expectations and having more aggressive goals, and just kind of turning up the heat a little bit, is that I think some of you might decide that this place isn't for you, and that self-selection is OK with me," CEO Mark Zuckerberg told an internal staff meeting.

"Realistically, there are probably a bunch of people at the company who shouldn't be here."

"If I had to bet, I'd say that this might be one of the worst downturns that we've seen in recent history," Zuckerberg told employees, in a session heard by Reuters.

The company is still hiring, however. This week, the head of Microsoft's global data center construction joined the company.

Google has yet to make any broad job cuts, but CEO Sundar Pichai said that it will be “slowing down the pace of hiring for the rest of the year."

In a memo seen by The Verge, Pichai noted that "the uncertain global economic outlook has been top of mind. Like all companies, we’re not immune to economic headwinds."

He added: "For the balance of 2022 and 2023, we’ll focus our hiring on engineering, technical, and other critical roles, and make sure the great talent we do hire is aligned with our long-term priorities."

Last week it was revealed that Oracle is considering laying off thousands to save $1 billion.