Swedish temperature and humidity control systems provider Munters is reconverting one of its manufacturing plants, located in Texas, USA.

The company will stop making consumer equipment and will ramp up industrial production of its AirTech products for account customers, including those in the data center space. The factory in Selma will continue to produce dehumidifying units, one of its main product lines, for selected customers, allowing third-party sellers to process orders until the end of the year. 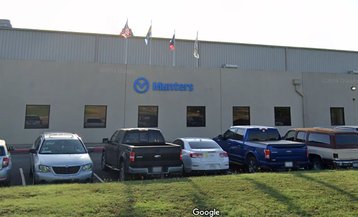 “The decision to depart commercial markets is one that did not come quickly or easily,” said Andrew Cook, vice president of sales and services for AirTech’s US operations.

“However, this will allow us to focus not only on key accounts, but also on markets such as food, pharmaceutical, lithium battery, evaporative cooling, and Munters innovation and service.”

The company said that it doesn’t foresee any major disruption to its US supply chain, and that it will do its utmost to give new positions to employees whose roles have been lost as a result of the change.

The news comes after the company’s decision last year to shut down its data center operations in EMEA, including a production plant in Dison, Belgium, following “ongoing disappointments” and significant losses. At the time the company noted in a statement that “the prospects for establishing a profitable data center business in Europe are limited in a market with overcapacity and ongoing price pressure.”

It was at the same time that Munters’ industrial and commercial arm, then called Air Treatment, was renamed AirTech, as was its sister company, FoodTech (formerly AgHort), which specializes in heating and cooling systems for livestock farming and greenhouse agriculture.

The company’s US data center sales, however, are looking up, having secured “a fairly large data center cooling order for a co-location customer in the US” in 2019, and, as many in the sector, saw an increase in sales since the beginning of the pandemic, accounting for a percent rise in orders for the company as a whole.

In its six-month interim report for January-June 2020, the company stated that it was expanding its data center product manufacturing in Texas “because of their current strong order backlog.”