MWC: Meta asks for better networks to support the metaverse

Meta (formerly Facebook) has announced the Metaverse Innovation Hub, a research and center in Madrid to be set up with Spanish telco Telefónica, intended to help operators and partners get ready for metaverse applications. At MWC today, the Telecom Infra Project (TIP), an open source group sponsored by Facebook, will hold a session with Telefónica in the Fira Gran Via conference center to start setting up working groups and projects for metaverse telecoms.

MWC 2022, which opened on 28 February, will be close to pre-pandemic levels of attendance, according to organizer the GSMA- although the Russian pavilion has been swiftly cancelled.

Help us build our virtual world

"Creating a true sense of presence in virtual worlds delivered to smart glasses and VR headsets will require massive advances in connectivity, bigger than any of the step changes we've seen before," Facebook founder and Meta CEO Zuckerberg said in a statement before the opening of MWC.

To build an immersive virtual environment and share it with people in real time will require the ability to process data quickly in ways which are not widely supported right now. Zuckerberg's statement says the metaverse needs infrastructure that can evolve quickly, and it can't deliver this without partners.

The Metaverse Innovation Hub set up by Telefónica and Meta plan will provide startups and developers with a metaverse testbed in a 5G laboratory, and access to Telefónica’s partners and resources, as well as Meta engineering support

Meta's VP of Connectivity Dan Rabinovitsj gives a bit more detail on what's needed in a Tech@Facebook blog post, saying that the metaverse needs to be built by multiple partners, and this will require openness and interoperability.

"The move to the metaverse is an unprecedented opportunity for the connectivity industry," says Rabinovitsj. "It must be built on a foundation of openness and interoperability, and be accessible to as many people as possible."

He goes on to specify that the metaverse needs advancements in latency, symmetrical bandwidth, and overall speed, saying: "No single company, or industry, can do this alone. Creating the metaverse will require a global effort and we invite partners to collaborate with us on this new journey."

To enable interactive participants to experience “being there,” they will need graphical elements that update rapidly in response to their interactions: "Today’s latency-sensitive applications, like video calling and cloud games, have to meet a round-trip time latency of 75-150 ms, and this could even go down to sub 30ms in the case of multiplayer, complex games. But on a head-mounted mixed reality display, where graphics will have to be rendered on screen in response to where someone is focusing their eyes, things will need to move an order of magnitude faster - from single to low double-digit ms."

While some of this can be rendered in real-time in the headset, this requires information from the virtual world to be downloaded quickly and up-front, says Rabinovitsj: "For complex scenes with many avatars, this could take several hours to download over current networks. We envision a future where remote rendering over Edge cloud, or some form of hybrid between local and remote rendering, plays a greater role in the years to come. And enabling remote rendering will require both fixed and mobile networks to be rearchitected to create compute resources at a continuum of distances to end users."

Video streaming will need to be faster in the metaverse, because headsets need more pixels, he says: "Streaming a 720p video on a standard smartphone screen requires 1.3 to 1.6Mbps of downlink throughput, and on a smartphone held at arm’s length, 720p resolution is sufficient to achieve human retinal resolution. But on a head-mounted display sitting just centimeters from the eyes, retina grade resolutions will need to be many orders of magnitude larger, even beyond 4K resolutions." 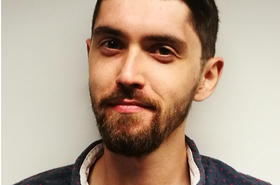 Understanding Facebook's rapid decline and what it means for Edge dreams

In the nitty-gritty, protocols and algorithms to handle video at the application layer already have features like adaptive bit rate to provide better quality - but these features need access to metrics on link quality and congestion from the physical layer, says Rabinovitsj.

Also, content providers and network operators will need to collaborate on network optimization protocols to avoid congestion "We believe there’s an opportunity to realize significant gains by moving past this kind of siloed optimization and toward open interfaces for sharing metrics between OSI layers as well as network domains.," he says - though Internet freedom activists may query whether this hands more power over the network to the applications.

"There are no silver bullets when it comes to the connectivity challenges raised by the industry-wide push toward the metaverse," says Rabinovitsj. "Overcoming these challenges will take a global effort that no single company, or even industry, is capable of sustaining on its own. But the lesson of the mobile era, which brought fast, reliable internet to billions of people, shows how powerful the connectivity industry can be when it works together to serve the world."

Rabinovitsj says Meta is making its own contribution with initiatives like TIP, an open source telecoms software group launched by Facebook in 2016. Despite gathering members, the group has had a much lower profile than the open source data center hardware group, the Open Compute Project, set up on a similar basis in 2011.

Meta has also promoted open source platforms like Magma, says Rabinowitsj, and is pouring money into installing submarine cables: "We announced today that our subsea cable investments in Europe and APAC have the potential to contribute over half a trillion USD in additional gross domestic product by 2025. In APAC alone, these efforts are expected to create up to 3.7 million new jobs."