Geoveda aims to build a facility with a PUE of less than 1.1

A new company is hoping to develop a geothermal-powered data center in Tuscany, Italy.

The Siena Post reports that the company aims to develop a data center in the town of Larderello in the Municipality of Pomarance; an area southeast of Pisa known for its geothermal activity and home to the world’s oldest geothermal power plant. 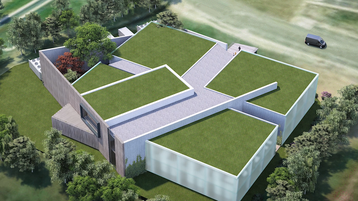 The project, worth approximately €5 million ($5.8m) in Phase 1 (with two further expansion phases planned), will be entirely financed by the MPS Group.

The facility will reportedly house 72 racks when complete. The facility will utilize an existing fiber ring in the area and is aiming to achieve a Power Usage Effectiveness (PUE) of below 1.1.

Update: Italian architecture and planning firm In-Site has announced it is committed to the project.

"We are proud to be an active part in what will be the first green data center in Italy and to contribute with our knowledge and skills to create a system that, once fully operational, can also be exported to other geothermal areas," said Pietro Matteo Foglio, CEO & founder of In-Site. “Industry today is required to transform its operations with a view to sustainability. The same applies to Data Centers too: we are facing a revolution that must not only be digital but also ecological. "

Huawei claims one of its modular data center products can reach an ‘industry record’ PUE of 1.111, while the EU-funded Boden Type data center in Sweden has previously achieved a PUE of 1.018 which relied on Sweden's cold climate and a novel "holistic cooling" scheme which tailored the heat removal to individual parts of the data center precisely according to the heat generated there.