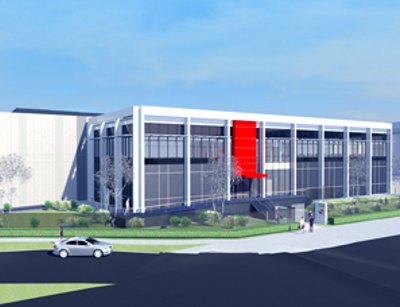 This is phase one of what is the second data center NextDC has brought online. The company’s first one is in Brisbane, with more data center development ongoing in Canberra, Perth and Sydney.

The Melbourne facility is currently has six data halls, designed as separate concrete bunkers within a large concrete bunker. The data center has an energy-efficient infrastructure, and plans are in place to build solar panels and a trigeneration plant.

Bevan Slattery, founder and deputy chairman of NextDC, said this was the largest independent data center in Melbourne as well as one of the most energy-efficient ones.

“All aspects of the design have been engineered for carbon efficiency and incorporate the latest technologies for reducing power consumption,” Slatery said.

The AU$1.2m solar array the company expects to install during the second phase of the build-out will be on the roof of the facility and will have capacity to generate 400kW of power. NextDC estimates it will generate bout 550MWh of electricity a year.

NextDC has so far invested $80m in the Melbourne data center. By the time it completes the solar array and the trigeneration plant, it will have invested about $130m.

This is a much larger data center than the company’s first one in Brisbane, which provides 2.25MW of IT load. The company is building a 4MW data center in Canberra, a 6MW one in Perth and an 11MW one in Sydney.