The National Security Agency has been told to reevaluate a secret $10 billion cloud contract with Amazon Web Services.

The Government Accountability Office sided with rival Microsoft in a protest of the 'WildandStormy' contract and called for a reevaluation. 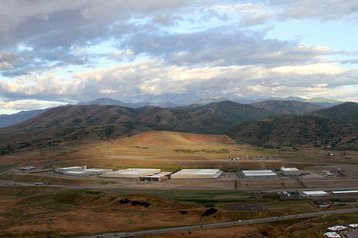 "GAO found certain aspects of the agency’s evaluation to be unreasonable and, in light thereof, recommended that NSA reevaluate the proposals consistent with the decision and make a new source selection determination," Ralph O. White, managing associate general counsel for the Procurement Law Division at GAO, said.

The government agency did not provide a reason for its decision, claiming that the information is both classified and contains proprietary company data. However, it said that once the NSA conducts a security review and both AWS and Microsoft sign off, a redacted public version of the decision will be posted online.

"GAO’s decision expresses no view as to the relative merits of the AWS and Microsoft proposals," White added.

The decision is not yet final - AWS can protest it and go to the US Court of Federal Claims, but that could drag out the contract indefinitely.

Microsoft's attempt to block the deal comes after AWS successfully managed to scupper the $10 billion JEDI cloud contract which initially went to Microsoft.

The Department of Defense contract was awarded to Microsoft in 2019, but held up in courts by AWS. It has now been canceled, with the Joint Warfighter Cloud Capability set to divide the workloads between AWS and Azure.