NTT will focus on backend infrastructure and Toyota on driver services

Toyota and Nippon Telegraph and Telephone (NTT) have struck a collaboration agreement to develop global technology infrastructure for connected cars. This will include a network of data center facilities which will handle the data involved in instrumenting vehicles. 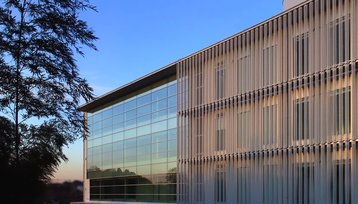 NTT subsidiaries – RagingWire in the US, e-shelter and Gyron in the EU, Netmagic in India, etc. – will be building new data centers and networks, and developing services to make the backend of connected car infrastructure viable, while Toyota will develop technologies in the cars themselves.

Reducing latency between automated vehicles and data centers is necessary before connected cars can be commercialized. Currently, the companies are reportedly focusing on the implementation of processing units where they are most needed, i.e. where the traffic is.

The companies are to explore current network topology and figure out, based on data obtained from vehicle trials, how and where to build data centers “for safe and reliable collection and distribution of large amounts of data,” the companies said in a statement.

NTT has a wide scope of infrastructure, being the world’s fifth largest colocation provider, with strongholds in the US, Europe and Asia, as well as presence in Australia and Brazil.

Last year, Toyota invested $1 billion in a research facility dedicated to driverless cars in an effort to catch up with the likes of BMW, Audi and GM. Toyota also declined a deal with Google out of reluctance to share manufacturing knowledge - despite scientists calling for technology companies to pool data and resources in view of accelerating the transition to connected cars.