Safra Catz is lost on why Oracle lost out on a major Israeli cloud contract.

In April, Google and Amazon Web Services were jointly awarded a $1.2 billion tender to provide cloud services to the Israeli government. 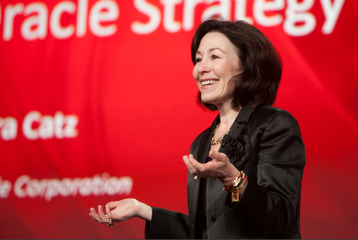 "It's hard to understand this decision and the thinking behind it and it's possible that they never had the relevant information available to them," Catz, Oracle's CEO, said in a visit to Israel.

Speaking to local publication Globes as part of a press tour to launch its new Israeli data center, Catz commented on Google employees trying to boycott contracts that would support the Israel Defense Forces.

"When I joined Oracle, one of the tasks that I was committed to was to stand behind the US and Israel," she said.

"We have no flexibility on this issue. True we live in a free country and I love my thousands of employees and respect all of them. But if somebody does not agree with our world of values, perhaps Oracle is not the company for them. [Founder] Larry Ellison and myself are committed to Israel both personally and we devote our personal time to the subject, and so nobody can be surprised that this is our approach." 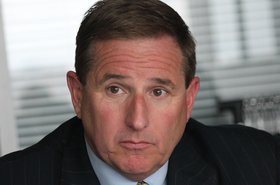 Hurd gets aggressive, with arguments some might find surprising

Born in Israel, Catz moved to the US when she was a child, but "displayed her fluent Hebrew during the press conference" Calcalistech said.

Oracle is currently appealing the Nimbus contract decision (as it did with JEDI in the US), in the hopes it can overturn its loss.

To even compete, AWS, Microsoft, Google, and Oracle all had to build data centers in Israel.

The data center extends over four floors at a depth of 50 meters (160 feet) below ground level.