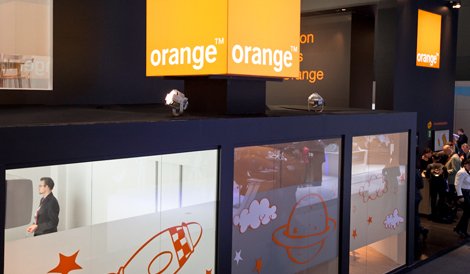 France-based communications and service provider Orange Business Services is capitalizing on its global telco network, extending its cloud infrastructure services from EMEA to the Asia Pacific and Americas to offer global cloud combined with network solutions.

Orange, part of France Telecom-Orange, already has 500 customers – many of which are multinational companies – using its Flexible Computing cloud offering, which is offered on a pay-as-you-use basis with a single contract for network and cloud use.

The company’s VP for International Cloud Chris McKay said this new solution offers multinational companies a “truly global” reach through new hosted data centers established in North America, to reach down through the south of the continent, and Singapore, to reach the Asia Pacific.

He said the main focus has been multinational companies already working with Orange for the rollout of cloud services – a majority of which are from the French market.

“We have customers that want to accelerate their go to market in APAC, and in LATAM, for example, and they want the scalability of the platform and usage-based pricing as well as the end-to-end element of the network with joint service management,” McKay said.

“These companies want to take their competitive price points on their products and rapidly bring them into the market.”

Orange first launched its Flexible Computing offer in 2011 and customers can choose to use either a self-managed Infrastructure-as-a-Service offering or take on a fully managed service.

“Many of our customers say they are often caught up in discussions about IT and technical complexity when trying to take on these services with a global footprint,” McKay said.

“They are also concerned about the complexity of dealing with multiple vendors but we can offer internet connectivity, client platform and managed services.

”We already own the network, now we want to provide industrialized cloud solutions on top of this.”

McKay said many customers are not looking at the Cloud as part of a grand transformation. Instead they are wanting to use it to enter new markets in a timely manner.

“Why not Amazon? They are a competitive but we find in our discussions with multinational customers that going to Amazon with an industrialized solution can still be a concern for them. But Amazon is a major benchmark [for us] and it is moving forward very quickly with its own solutions,” McKay said.

Orange Business Services closed 2012 with more than 120m euro in revenue from the Cloud, most of which came from its SME and other offerings.

McKay said moving forward, he expects the Flexible Computing offering will contribute about 10 to 20% of the company’s cloud takings.