The facility will be a 'multi-megawatt' colocation facility and will meet Uptime Tier III standards. Raxio Tanzania is set to be commissioned in 2023.

The company has said of the new facility that “it will be fully equipped with industry-leading technology solutions that not only ensure full redundancy and maximized uptime but also optimize power consumption and energy efficiency.

“This multi-megawatt facility will set a new standard of data center services in the country, with the ability to accommodate the highest power density equipment at the lowest power usage efficiency ratio (PUE) in the region.” 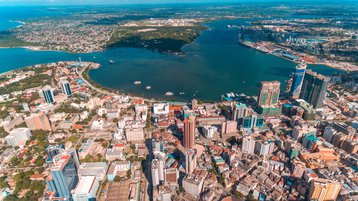 Details surrounding the exact size of the facility or cost of investment were not shared. While the expected PUE was not stated, all of Raxio’s other facilities boast a PUE of 1.3.

"Our decision to build Tanzania’s first Tier III carrier neutral facility highlights our commitment to our strategy to deliver the vital digital infrastructure needed on the African continent," said Robert Mullins, CEO of Raxio Group and Partner at Roha Group, an Africa-focused US investment firm that has invested in Raxio. "As the second-largest telecoms market in East Africa, with growing demand for connectivity and related services and its strategic location, Tanzania becomes an important centerpiece of our growing portfolio."

In August 2021, Raxio announced it would be working with Master Power Technologies for the construction of its upcoming data center facilities, a company that specializes in modular builds.

Tanzania is connected by three subsea cables and another is set to be commissioned in 2023. It is also the second-largest economy in the EAC, with an estimated population of roughly 60 million and 86 percent mobile penetration in 2020, and is one of Sub-Saharan Africa’s fastest-growing economies.

The Tanzania data center is the latest announcement after a series of expansions across the continent in the last year, including facilities in Uganda, the Ivory Coast, and Ethiopia. The company received a $48 million investment in 2021 from Meridiam.