Red Cloud expands in Perth to improve performance at the edge

The modular data center in southern suburb of the city to add 120 racks, 2MW of power

Red Cloud is set to bring online a new data center in a southern suburb of Perth in September, operating an initial capacity of 120 racks and 2MW of power.

The 2,500 square meter site in Bibra Lake, located just outside the city of Perth, is housed in a former commercial warehouse.

The project codenamed RCWA1 is currently being fitted out with mechanical and electrical equipment, a process which will be completed in six weeks, the company’s chief executive officer Carl Woodbridge told iTnews.

Red Cloud, which also resells modular data center products, uses modules in its facilities instead of the traditional raised floor system. The modules themselves are manufactured by British infrastructure vendor Cannon Technologies. 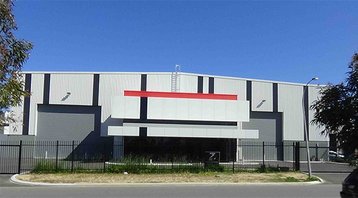 The company said its strategy to offer modular solutions will capitalise on the increasing demand for companies to host data closer to the consumers that need it.

“We’re supporting the larger global data centres to get closer to the edge,” Woodbridge said.

“They have a lot of cloud customers and content delivery that they need to move closer to the population, but their model doesn’t allow them to do that.

“By offering them a module, it allows them to push their clients further out without losing them. They can take a module and control it themselves.”

The modules each house 40 racks and a UPS in a 2N setup. They can be subdivided further to enable separate zones, Woodbridge said, though he expected the 40-rack systems to be wholly occupied by induvidual customers.

“We have 2500 square metres in the warehouse and 2MW at the gate, and that will incrementally increase to 4MW based on demand,” he added.

“We’ll have what looks like at least three 40-rack modules on day one, possibly five depending on how negotiations go between now and September.”

The Bibra Lake site forms part of the company’s plans to develop a network of more than 10 data centers around Australia, with the next project likely located in Hobart, assuming certain Tasmanian government and telco criteria can be met by the AUD$40 million facility.

The facility in Perth holds Uptime Institute Tier 3 certification of design documents, upholding the company’s ambitions to deliver a network of facilities certified to this standard.

The deployment of ten more Red Cloud data centers is planned in order to have a presence in or near every major urban location in Australia, as well as some regional sites.