$80m investment will be invested to increase capacity by 40%

Reliance Communications (RCOM) and its subsidiary Global Cloud Xchange (GCX) will build four data centers in India over the next twelve months, in a major cloud expansion which will increase capacity by 40 percent.

At the moment RCOM-GCX is the largest provider of cloud computing facilities in India with 11 data centers, providing partnership for Amazon, Microsoft, SoftLayer and Google. RCOM Enterprise CEO Bill Barney predicts that in the next five years 25 percent of the organization’s revenues could accrue from cloud ventures. 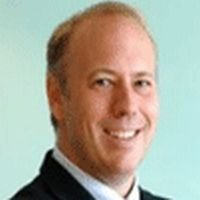 “We believe that outsourcing and driving of clouds will nestle itself in India over the next decade in a similar way as software development, call centers and BPOs did in the last decade,” said Barney. “This will drive huge growth in the cloud and data center space across the country,” he added. According to Barney India is the fastest growing regional data market.

RCOM says around 3,210 Indian enterprises, 14,505 global enterprises and 231 Fortune 500 companies in Mumbai have connected through its network,