The size of the European Infrastructure-as-a-Service (IaaS) market is set for a dramatic increase over the next four years, suggests research by analyst firm Frost & Sullivan.

The boom will be driven by enterprise migration to the cloud, as more businesses discover the economic benefits of outsourcing their IT infrastructure.

“The on-demand, pay-as-you-go model of cloud services is garnering intense interest in Europe as it allows enterprises to effectively deal with volatility and seasonality in IT demand,” said Shuba Ramkumar, senior ICT research analyst at Frost & Sullivan.

“Infrastructure requirements can be easily altered using a web portal, in contrast to the traditionally cumbersome job involving physical servers or networks.” 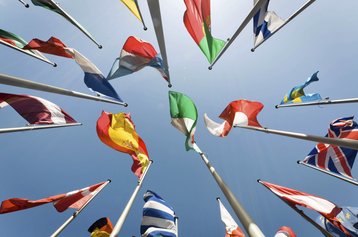 According to the research paper, the growth will be focused on Western Europe, but the nascent Eastern European markets are also expected to increase their share of cloud data centers.

Compute will continue to remain a larger proportion of the total market, though storage will grow aggressively over the next few years.

Among the particularities of the European market, report authors noted the strict data protection rules that have pushed major cloud providers to open regional data centers in dozens of new locations.

The report also noted that challenging economic conditions in Europe are going to play a part in how quickly businesses will adopt technologies that can help more effectively manage their IT spending. The deployment of IaaS can reduce enterprise capital investment in hardware and human resources, which can instead be directed to core business functions.

According to Ramkumar, one of the last remaining hurdles to wider adoption of IaaS is security, especially important in highly regulated industries like healthcare and finance.

“With the rise in different hosting environments requiring enterprises to operate in multi-vendor ecosystems, service providers must also harness an environment of coopetition, where partnerships can be leveraged to ensure easy migration of applications and stronger adoption of IaaS in Europe,” she added.